Exercise for a possible visualization of the quantum properties of light 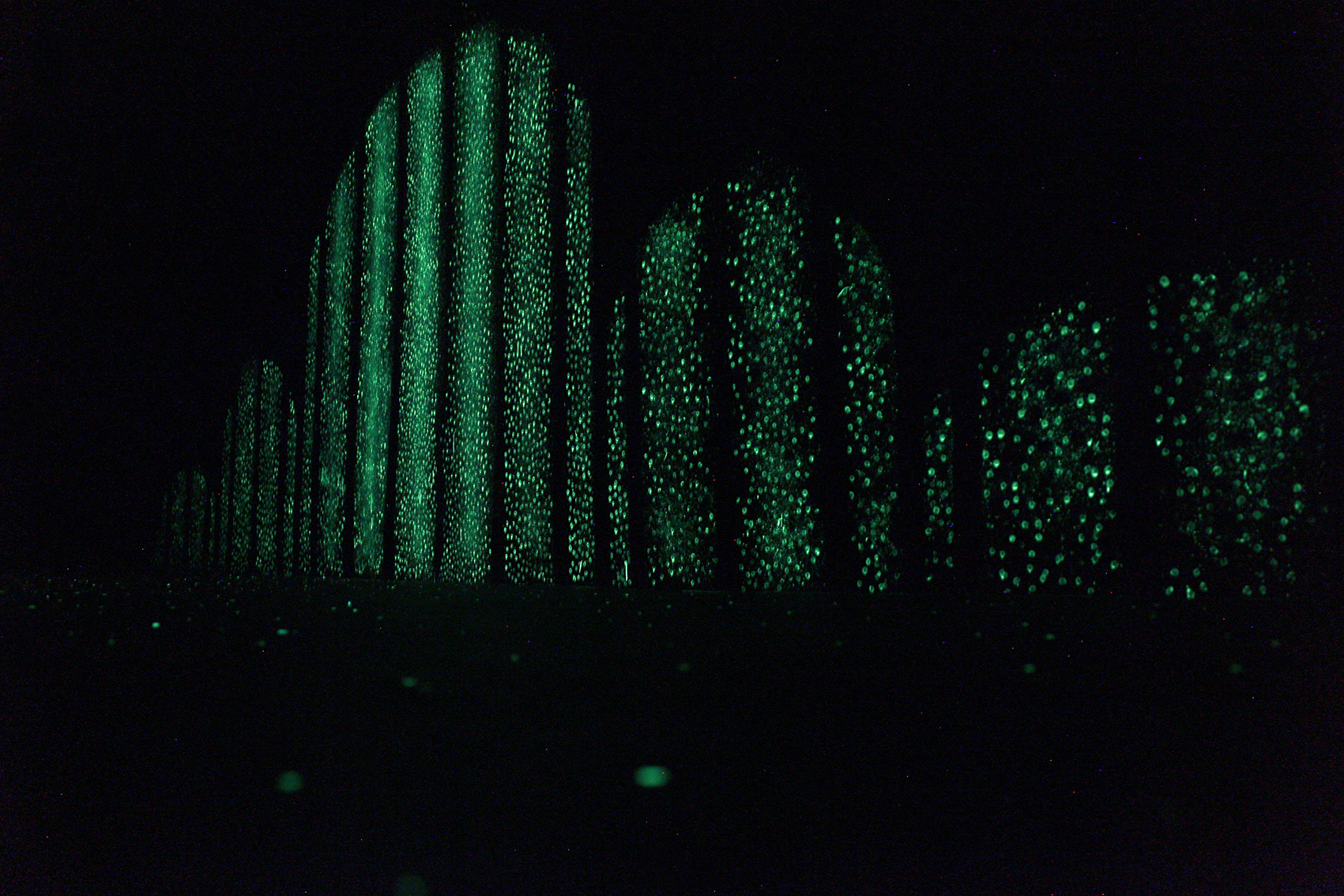 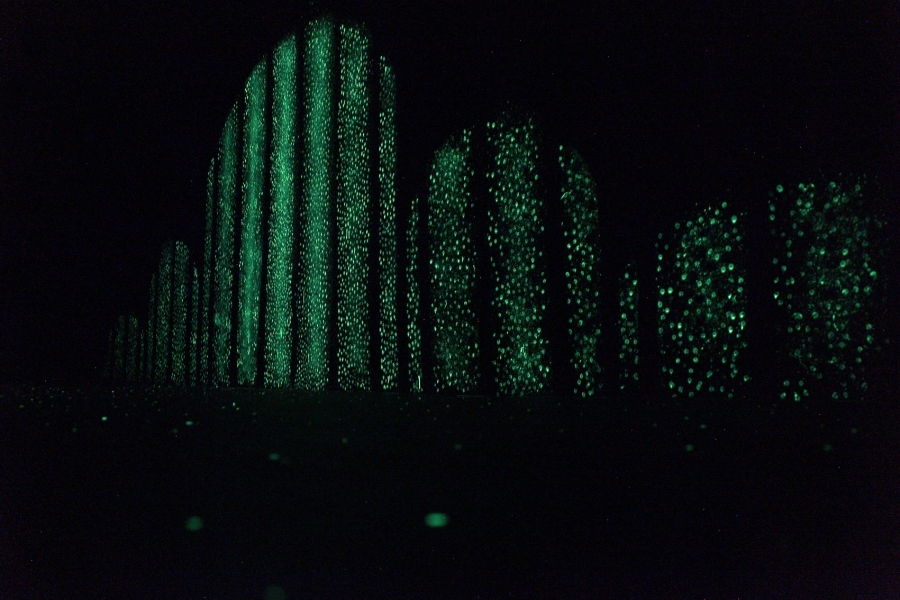 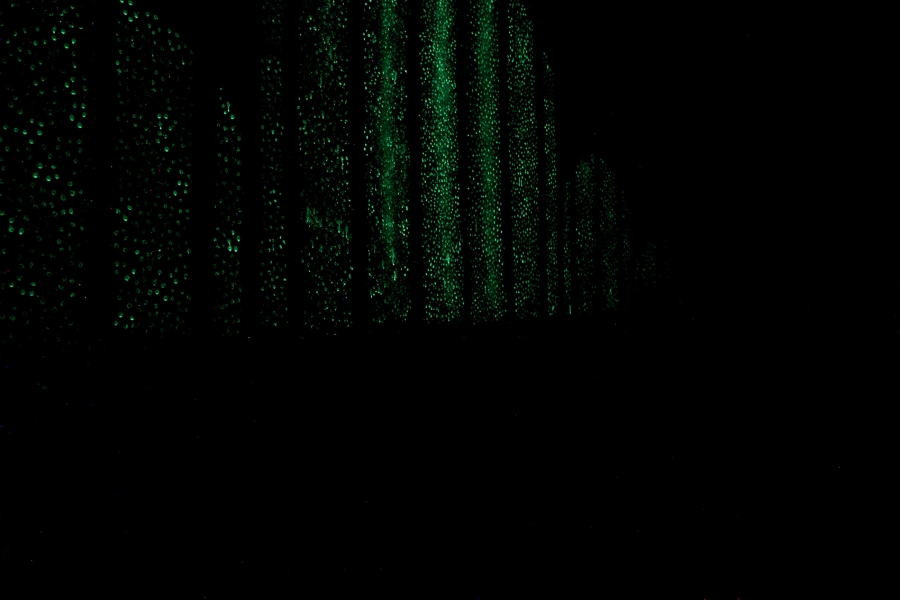 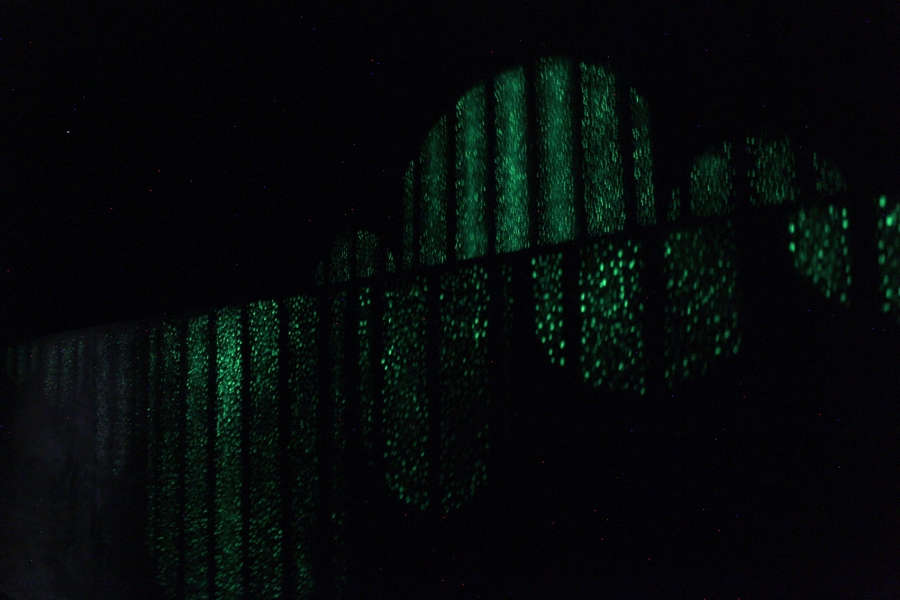 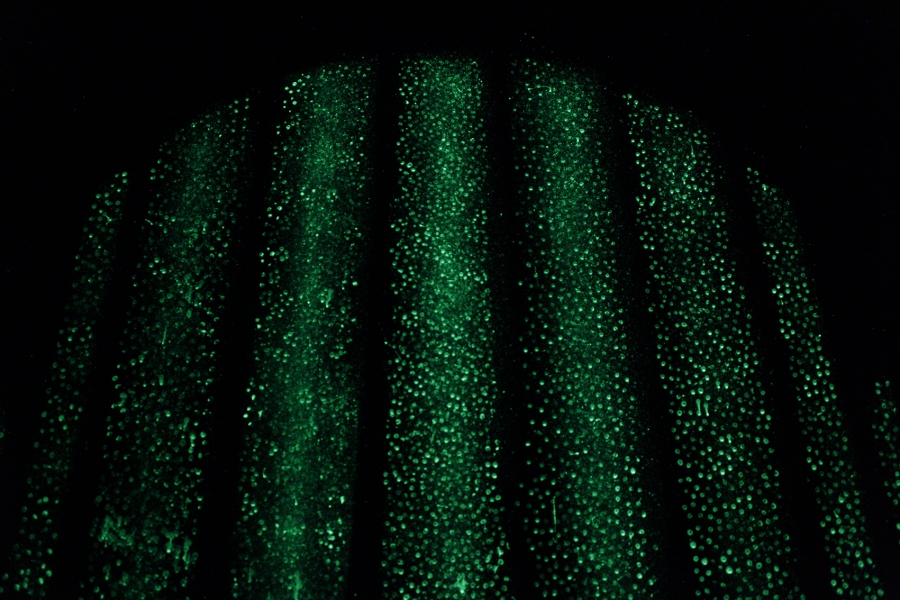 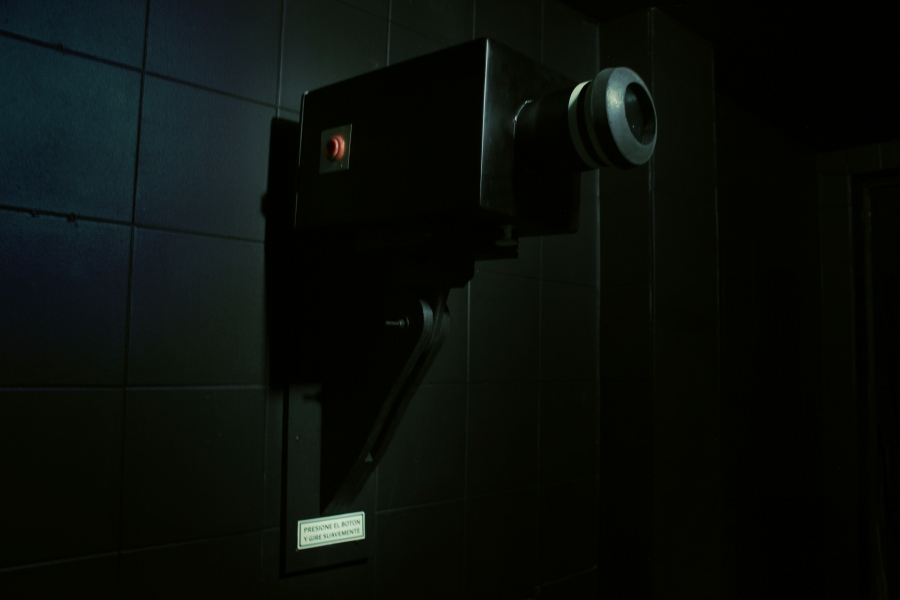 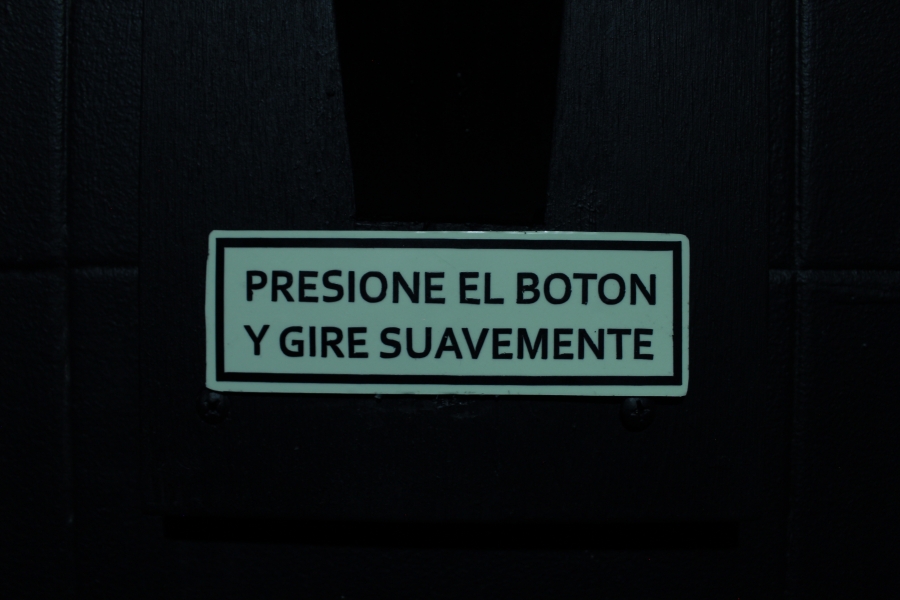 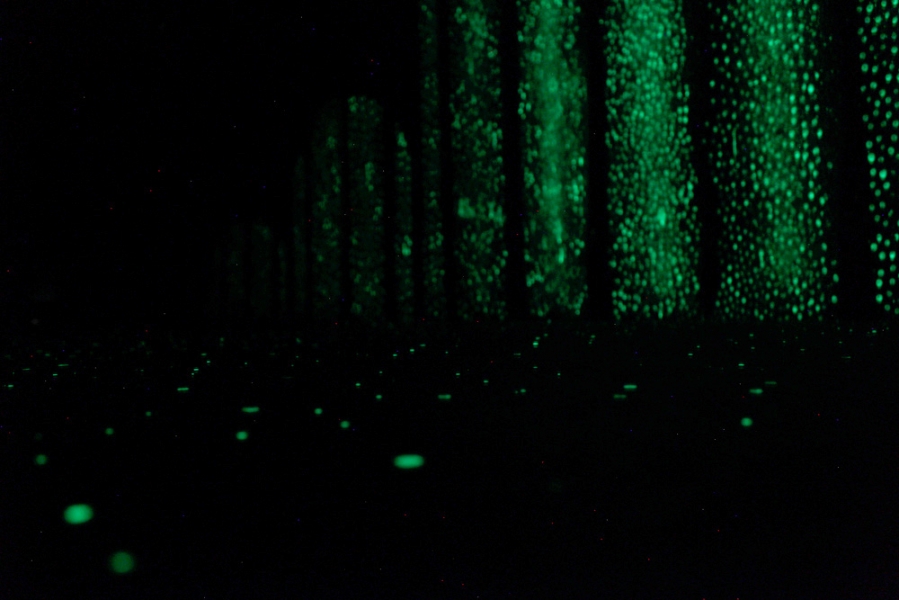 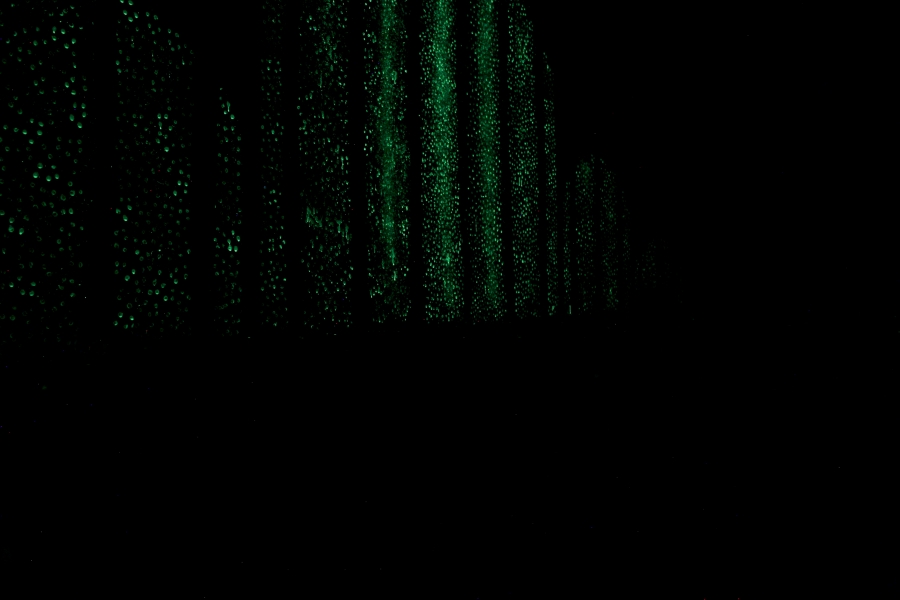 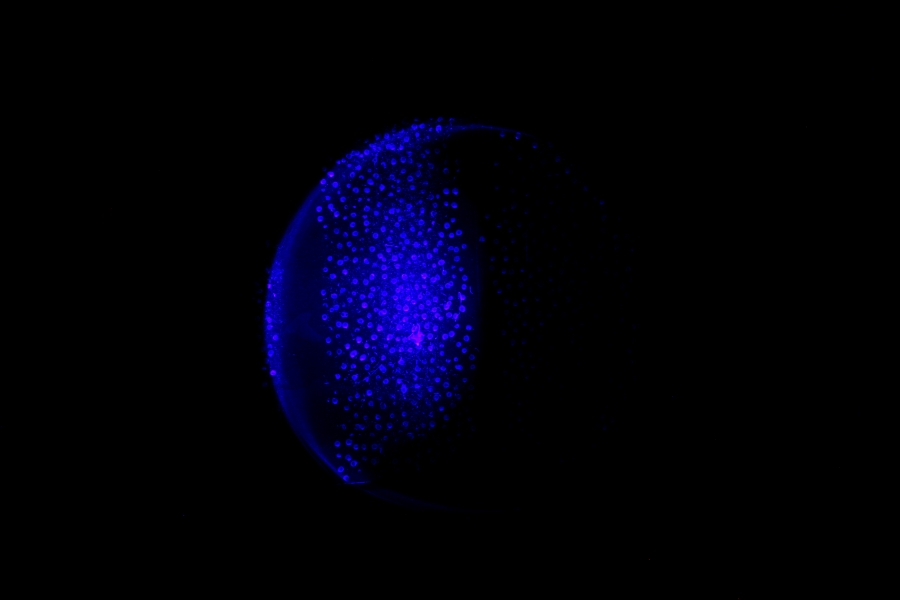 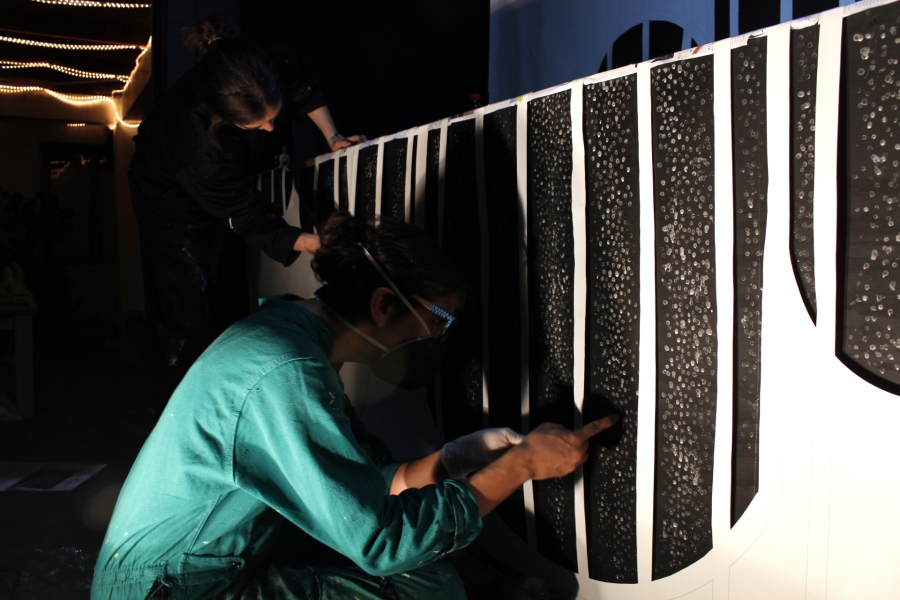 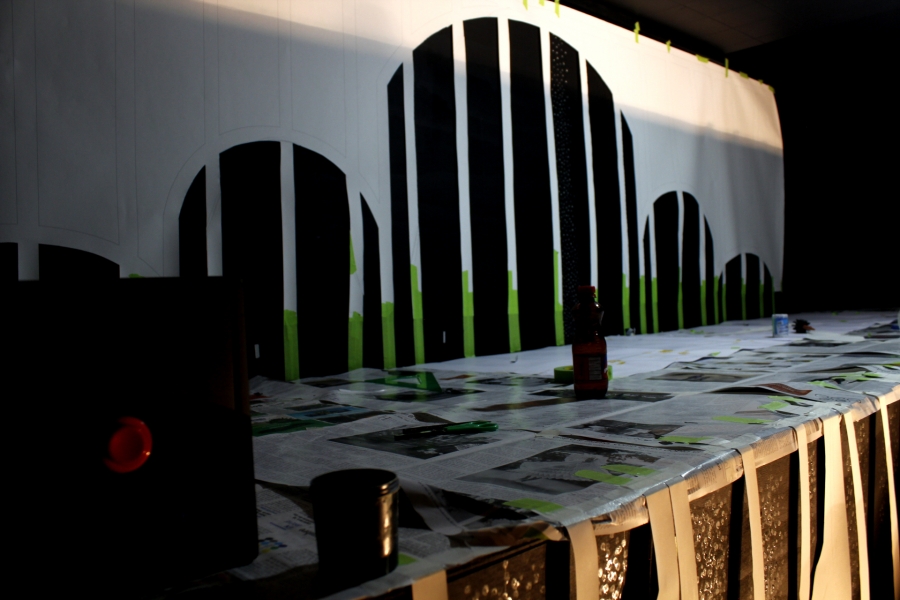 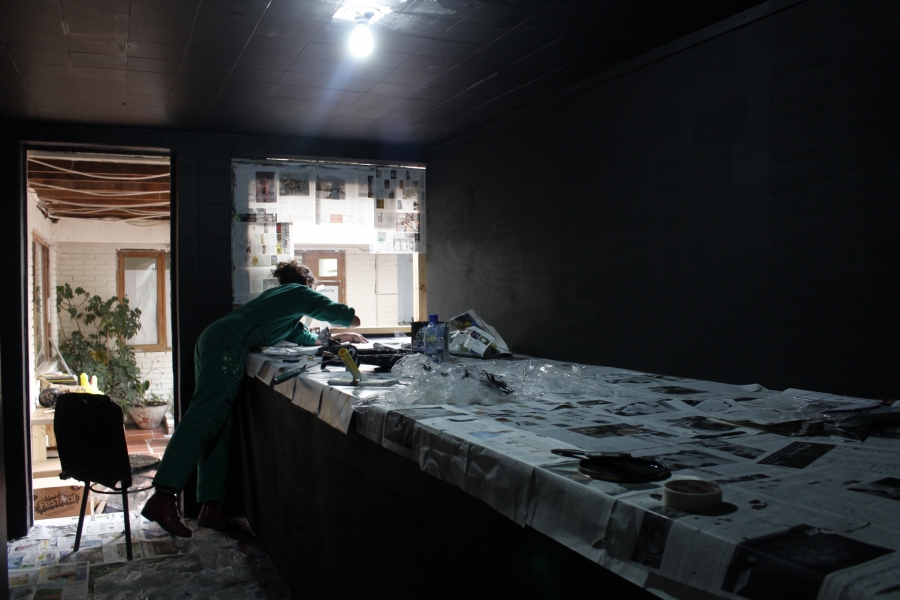 From an elementary do-it-yourself exercise in which a 10-watt LED light bulb, a series of lenses and photoluminescent paint are mixed, a recognisable image of physics, representative of the dual nature of light, is expanded into space. To make this phenomenon of wave particle duality visible, the installation is nourished by the Double Split experiment, which is one of the pillars of the development of quantum mechanics.

The immersion in this spatial representation of light as a wave and corpuscular phenomenon seeks to affect the spectator’s body. His eyes are adapted to observe the distances and intensities of small points of light that are the result of the interaction between the spectator who operates the lamp and the paint that responds to the light beam. The phosphorescence of the paint is generated after its excited electrons emit photons when it returns to its unexcited state. Observing and allowing oneself to be affected are important factors in a bid to generalize scientific rationality, such as that of surrealist artists close to the physics of the early twentieth century.

Based on a spatial graphic representation of the Double Split experiment and the photoluminescence of strontium aluminate, the aim is to review this quantum phenomenon where light or matter can have both particle and wave properties. A standardized interpretation of the experiment in quantum physics indicates that an electron or photon that is “thrown” and “picked up” as a particle forms a characteristic interference pattern of a wave.

On the other hand, in quantum phenomena the influence of the observer is unavoidable, since an intermediate observation to determine which of the slits the particles passed through changes the result of the experiment, in this case, the interference pattern. The passage from an overlap of states to a defined state occurs as a consequence of the observation process, and the final state of the system cannot be predicted: only the probability of obtaining each result. Hence, in quantum a, observation alters the result of the experiment.

Although the observation in this exercise does not directly affect the visual result of the interference, the installation poses from a basic interactivity that in both science and art, we are no longer merely observers of what we measure but also actors. Suddenly, a hard science like physics questions the paradigm of objectivity: can we know reality without interfering with it and without it interfering with us?